In a case that demonstrates that the courts in Malta, rather than follow the Rule of Law, are not inclined to punish government officials convicted in money laundering and corruption cases, the appeals court recently set aside a four year prison term imposed by the trial judge, and imposed only a three-year sentence of probation, upon former Fisheries and Aquaculture Department official Francis Caruana.The defendant had appealed his conviction and sentence.

The defendant had been charged with money laundering, extortion, misappropriation of funds and fraud, wheh a department internal audit revealed a discrepancy of €32.000. He later admitted to money laundering and fraud, and in addition to the prison term, he was fined €63,000. He admitted that he was guilty of tax evasion, but he was for some reason not chaged with that offense, raising suspicions that he had received favorable treatment from the prosecutor and the court.

On appeal, his counsel argued that since he had repaid the missing money, and in any event he was due an equal sum for overtime, and he should have applied to his department for payment, he should not serve prison time. The appeals court, disregarding the sentence imposed at trial, then pronounced a sentence of three years of probation, and an additional €10,730 for court costs; it was openly sympathetic to the defendant. Was this a miscarriage of justice ? The fact that he was a senior government official, and held to a high standard of conduct, trumps any consideration he should receive as a first offender. 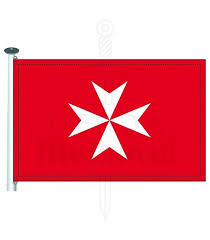 If government officials in Malta know that they can engage in money laundering, and avoid the consequences due to favorable treatment by the local courts, if they are charged at all, then there is no efffective deterrence in Malta, and widespread corruption will continue to be the order of the day.