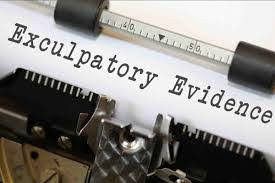 While its citation to legal authorities in support of the right to a Fair Trial is impressive, an objective reading of Ali Sadr's massive 145-page Memorandum in Support of Defendant's Post-Trial Motion for Judgment of Acquittal, or in the Alternative, for a New Trial fails to document either reversible error, on Brady grounds, or juror error, in our humble opinion.

The defendant's counsel has not made a persuasive case to convince the reader that the Discovery that the Government failed to timely disclose would have been sufficient to change the outcome, regarding evidence favorable to the accused, concerning either guilt or punishment. The other points raised stress that the jury erred in failing to find that there was reasonable doubt regarding the major issues. The jury, as a finder of fact, concluded that the evidence was sufficient, beyond a reasonable doubt.

Factually, the evidence withheld was not exculpatory, and Due Process was not violated, even taken in the light most favorable to the accused.

Inasmuch as the courts have historically declined to interfere with, or disturb, a jury verdict, except under very limited circumstances, it is doubtful that the issues raised in the memorandum will result in either a New Trial or a Judgment of Acquittal. Was the memorandum merely framing the issues for appeal ? We cannot say, but we nee nothing in the evidence not produced prior to the trial that would have affected the verdict.

Sentencing will be held on August 17, 2020. Given the obscene sum of money involved, it is doubtful that short sentence will be handed down, unless Ali Sadr commences to cooperate against other potential co-defendants or assists in the recovery of a substantial amount.
Posted by Kenneth Rijock at Tuesday, May 05, 2020