WILL KURDS' OIL BUSINESS WITH ISIS HAVE UNTOWARD CONSEQUENCES ? 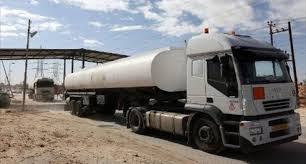 If you read our recent article on the long-running money laundering activities in Iraqi Kurdistan, in support of the regime in Iran, Investigation Claims Kurds Laundered €6bn for Iran, America's enemies may have possibly concluded that the United States Government's policy of "don't ask don't tell" on Kurdish support of American's enemies insures that there will not be any blowback. This may not be precisely correct, due to the Kurds activities with another of America's sworn adversaries.

Iraqi Kurdistan had what can only be described as an organized business relationship with the designated terrorist organization know as ISIS, perhaps the most violent and savage group in the modern era. Oil that ISIS pumped in territory that it conquered in Syria often ended up in Kurdish lorries, en route to thirsty customers in the region. Some Kurdish middlemen and brokers made millions of dollars for their facilitation of the transportation and sale of ISIS oil. Some of this contraband oil was mixed with, and rebranded as, products of other states, including Iraqi Kurdistan.

If you are familiar with the Most Wanted lists on America's Rewards for Justice website, you know that the United States is actively pursuing the senior leadership of ISIS, who supervised war crimes and crimes against humanity, while ruling over their fiefdom. If America wants these ISIS leaders so badly, it is logical to assume that, once they capture them, or acquire their incriminating records, the Kurdish players in the illicit ISIS oil sales pipeline, including Kurdish officials who openly supported the smuggling operations, could be indicted on charges of Providing Material Support to a Terrorist Organization.

Remember when there was a huge outcry when US Special Forces troops abruptly pulled out of Syria ? Perhaps there is more than meets the eye regarding America's love affair with the Kurds. Have the Kurds fallen out of favor in Washington due to their money laundering for Iran, and smuggling for ISIS ?
Posted by Kenneth Rijock at Friday, May 15, 2020