WOULD THE CREATION OF A SINGLE UNITED EAST CARIBBEAN STATE SOLVE RAMPANT MONEY LAUNDERING AND CORRUPTION ? 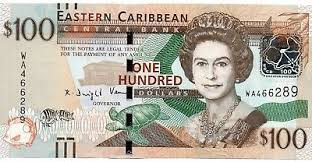 When the United Kingdom granted independence to the Five East Caribbean states of Antigua & Barbuda, St Kitts & Nevis, Dominica, Grenada and St Lucia, should all these island territories have been joined into a single Caribbean nation ? Could this occur now, and would it save the day for those island "nations" ?

We ask that question in good faith, in light of the fact that rampant money laundering, uncontrolled CBI programs, corruption at the highest levels of government, creeping influence by the government of the Peoples' Republic of China, failed national economies, and a raft of other domestic problems have plagued the small nations of the region since they cast off colonial rule.

Many of the East Caribbean states have populations smaller than minor cities located in North America, yet they are saddled with  expensive national governments, executive, judicial and legislative, that they can ill afford to pay for, as well as costly diplomatic obligations abroad. Does it really make sense for the functional equivalent of a small American or Canadian municipality to have to pay for all those government employees ? After all, none of the East Caribbean countries' populations are unique unto themselves; all five could be united under one flag and nation.

What would this possibly accomplish ?
(1) A major decrease in official corruption, as the number of excessive and often surplus, government functionaries, underpaid  and correctly believing that they are immune from the consequences, accept bribes and kickbacks.
(2) Tighter control of a transparent CBI program, operating in a fishbowl.
(3) The expansion of correspondent banking relationships with banks in North America and Europe,
due to strict control and oversight.
(4) Pushing back against expanding Chinese influence, due to less need for China's money.
(5) Arrest and conviction of Caribbean money launderers and corrupt officials, by an objective prosecution agency, not tainted by local relationships.

As John Lennon aptly said, " Imagine there are no countries ..." We do not need tiny nations with dysfunctional economies, tinpot dictators posing as national leaders, and through massive local corruption, engorging the Swiss bank accounts of fraudulently elected leaders. Unite them into a single national entity, and clean up the neighborhood, please.
Posted by Kenneth Rijock at Thursday, September 05, 2019