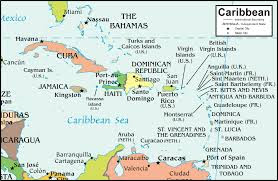 If you saw the recent story, about a journalist whose tough questions posed to the leader of Grenada were shouted down by the government's press representative, and the resulting outcry from the press association,, you have seen the tip of the iceberg, regarding the status of press freedom in the Caribbean. Experienced compliance officers, when conducting enhanced due diligence investigations, know to ignore much of what appears in local media in the Caribbean, due to the restrictions journalists face daily in the region.

They also know the reasons why the local coverage is generally not to be relied upon. Media in many of the East Caribbean states are afraid to publish information critical of elected leaders, for these reasons:

(1) Local Caribbean media relies upon government advertising to cover its overhead. Stories critical of elected officials, and their policies, could result in the abrupt loss of that needed income. Therefore, many Caribbean newspapers avoid controversy, for their financial survival.

(2) Many local media in the Caribbean are owned or controlled by either pro-government elements, or businesses, such as Citizenship by Investment consultants, who skew the truth, and slant coverage to prop up their own financial interests. When a known corrupt jurisdiction, with a history of drug money laundering, is presented as a trouble-free island paradise, or user-friendly business environment, all negative information has been artfully suppressed, and the truth concealed from the reader.

(3) The threat of defamation lawsuits, filed by powerful pro-government attorneys, against investigative journalists, is a clear and present danger known to Caribbean journalists, especially those exposing official corruption.

(4) Physical danger, including death threats, is no stranger to crusading Caribbean reporters, and for that reason, many shy away from controversial topics, and file bland, pro-government pap daily. Self-censorship is often the order of the day.

Compliance officers should therefore carefully check out the political background of any Caribbean media outlet, before relying upon the facts presented in an article, for known transnational white collar criminals often are often allied with local government officials, leaving the reader with the mistaken impression that the subject is legitimate, when this is far from the truth. With Caribbean media, truth often takes a holiday.