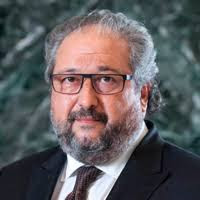 If you still had any illusions about Malta's Individual Investor Program, discard them. There is zero due diligence performed upon wealthy applicants. Take the case of the fugitive Russian billionaire Oligarch Boris Mints. He recently acquired Maltese citizenship, notwithstanding that he was at the time wanted in his native Russia for a  €1.2bn bank fraud, that he was listed as an "Oligarch" close to Russian President Vladimir Putin, by the United States Treasury, and that he had fled Russia to evade arrest.

There are reports that the Central Bank of Russia has gone to the UK High Court to freeze €500m of his assets in the United Kingdom, and the latrst rumor is that he has since fled to Israel.

Please tell me how, by any stretch of the compliance process, he was deemed acceptable for a Maltese passport, under its IIP program; perhaps it was the reported €1.15m he paid for the passport, which allowed him entry into the EU. Malta's compliance program for IIP has become little more than a joke between Russian organized crime figures, and Iranian money launderers seeking to evade international sanctions.

No wonder the EU wants Malta to abandon the IIP; it has become a magnet for white collar transnational criminals seeking a safe harbor within the EU Schengen Zone, which is a guaranteed visa-free trip to holders of a Malta passport. Since Malta will not police its IIP, perhaps the European Union should take drastic steps to terminate it.