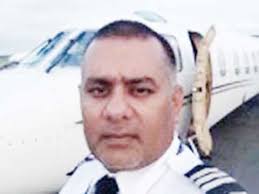 In the high-tech world of international money laundering the crude method of bulk cash smuggling is looked upon as primitive, and generally too high-risk, but apparently a pilot living in New Jersey didn't get the message. Khamraj Lall, a Guyanese businessman and pilot who operated a jet charter service in Gainesvlle, Florida, using it as a cover for a cocaine and cash smuggling operation, has been sentenced to thirteen years in Federal Prison.

According to information released by the US Attorney, Lall smuggled in hundreds of kilograms of cocaine, from his native Guyana, into New York and New Jersey smurfed much of the criminal proceeds into US banks, and bulk cash smuggled the rest out of the country, into Guyana, where he built a $12m hangar with cash.

Lall, curiously enough, boldly or recklessly, depending upon your perspective, made 1287 cash deposits, all under the ten thousand dollar reporting requirement, totalling over $7.5m, into more than 20 bank accounts. Much of that cash was in twenty dollar bills, a definite red flag for compliance officers, indicating it was constituted the possible proceeds from street-level drug sales, even if he was operating cash-intensive legitimate business to cover those deposits, as legitimate bulk cash deposits generally come in a variety of denominations, not just twenties.

In another obvious tactical error, one of many, he stopped for refueling in Puerto Rico, on an outbound flight, where law enforcement confiscated $620,000 on his aircraft. That aircraft was subject to a forfeiture case in US District Court there.

In addition to the prison time, the defendant received five years of Supervised Release, and a judgment in the amount of $9.3m . His two jet aircraft, two hangars, and numerous properties, were also forfeited to the United States. He was convicted of eight counts, including:

Given the seriousness of the charges, and amount of money laundered, the 13-year sentence should be considered to be light, as it is a fraction of the maximum amount allowed by law. The fact that a year elapsed between the jury verdict of guilty, and his sentencing, raises the possibility that the defendant has been cooperating with law enforcement. He did have a very experienced, and competent, attorney representing him and he was not charged with any counts indicating that he was a part of the wholesale distribution of the drugs. Did he give up his customers ? We cannot say.

In the 21-century, where trade-based money laundering, international product diversion, the artful use of Citizenship by Investment  passports and customs-immune bogus diplomatic passports, life settlements, and many, many other effective weapons in the laundryman's toolbox, it is a wonder that  Mr. Lall was able to run his operation for a three a a half year period, without being shut down earlier. He may have thought his relationship with the President of Guyana immunized him to some degree, but in the end his American errors were his downfall.