US HAS EVIDENCE THAT OIL IN IRAN'S GRACE 1 WAS SOLD TO SYRIA, NOTWITHSTANDING IRAN'S SWORN STATEMENT TO THE CONTRARY

The United States has clear and convincing evidence that the government of Iran sold the crude oil in the former Grace 1, now Adrian Darya 1, to the regime in Syria, after Iran made sworn, written assurance to the UK that the destination was not Syria.The oil is reportedly the property of the IRGC, and its intended use is terrorist financing, according to published reports. Iran's credibility on the international stage has taken a major hit due to this incident, and compliance officers are not to trust ANY information that originates from official channels in Iran, as it is most likely misinformation, or completely false. 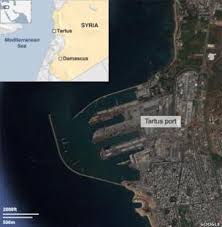 The United Kingdom, which is also now aware of the sale of the crude to Syria, and whose Gibraltar  officials  were deceived by Iran's statement, has made its displeasure known to Iranian diplomats. You can bet that the next Iranian or IRGC-controlled crude oil tanker that enters the Mediterranean, bound for Syria, will be detained, this time by a very angry United States Navy.
Posted by Kenneth Rijock at Friday, September 13, 2019