CUSTOMS SEIZES $5m IN GOLD UPON ARRIVAL IN FORT LAUDERDALE 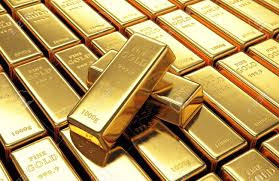 Two Venezuelan nationals were arrested at Fort Lauderdale Executive Airport, when they attempted to smuggle in five million dollars in gold. Arriving on a private aircraft from Caracas, Customs was alerted when its agents noticed that rivets on the nose of the aircraft had been disturbed, and found the ingots inside the nose.


Arrested was the pilot, Victor Fossi Grieco, and the passenger Jean Carlos Sanchez Rojas. The ingots weighed 230 pounds. The Maduro regime, whose leader's election is not recognized by a large number of Latin American and Western nations, has been selling off gold to cover the national budget, after presiding a dysfunctional government laden down with kleptocrats who are bleeding the country dry. While there is no evidence yet regarding the ownership of the seized gold, it is suspected that it was smuggled into the United States on orders, if not from Maduro himself, from a senior leader acting under his orders.
Posted by Kenneth Rijock at Wednesday, September 25, 2019