Attorneys for Meng Wanzhou, the CFO and deputy chairwoman of Chinese telecom Huawei, who is fighting extradition to the United States from Canada, are scheduled this week to be heard in their Motion to Stay the proceedings, using a familiar dilatory tactic; delay and hope that other events intervene to save their client from being transferred to the United States, where her conviction on bank fraud charges is a likely outcome, given the facts that have been disclosed to date.

Counsel for Meng are asserting that the extensive, pre-arrest interrogation that she was subject to by Canadian authorities raise a number of serious issues, and the Court needs additional time to resolve them. Given that extradition proceedings generally involve confirmation that the party sought in the extradition documents is one and the same as the party under arrest, attorneys are often quite inventive in creating issues to delay the matter, and that appears to be the case in the Meng matter.

Meng is scheduled to have a final extradition hearing in January, 2020.  She faces bank fraud, wire fraud, and related conspiracy charges, in the United States. While Huawei is a private corporation, it is believed to be acting in concert with the political, diplomatic and intelligence aims of the Peoples' Republic of China. Meng's eight known passports included one issued only to individuals acting on behalf of the government, meaning a passport indicating that the holder is an officer in the Chinese Government. 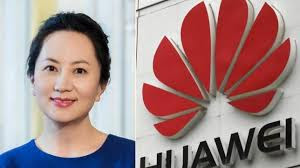 One aspect of the American case deals with Huawei fronting for a subsidiary that was scheduled to sell goods to Iran, which is barred by US & EU sanctions, and using the American financial structure to move payments for Huawei products sold to the Islamic Republic.
Posted by Kenneth Rijock at Tuesday, September 24, 2019