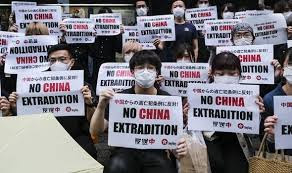 The latest news from Hong Kong is the complete withdrawal of the controversial proposed HK law allowing extradition to Mainland China.While I fully understand that the Financial Action Task Force, the FATF, is focused upon the advantages of extradition, as a method of assisting other nations in combating international money laundering and terrorist financing, its position, in favor of a law allowing extradition from Hong Kong to the Peoples' Republic of China fails to recognize that sending criminal defendants to the courts of a country that does not respect the Rule of Law, is flawed.

Lest we forget, the criminal courts of China often pass judgment upon defendants for purely political reasons, keep defendants incommunicado, deny them lawyers, close trials to the public and the media, interrogate suspects using drugs, and many other horrific acts completely inconsistent with a  fair trial. Why is the FATF blindly following the standard protocol involving extradition support, when looking at a jurisdiction that happens to be a cruel dictatorship ?

This was NOT a politically correct statement, seeking to curry favor with China, though the Hong Kong Government actually used the FATF position to support its proposed extradition law. You do not reduce crime by supporting a law that will be sending criminal defendants to long prison sentences, or their deaths, because it is the default position of regulatory agencies. The FATF needs to rethink blindly following inflexible rules, especially where a large part of the world is ruled by autocrats, despots, and dictators.