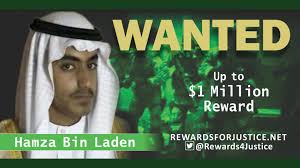 The United States, through an official statement from the President, as finally gone on record and admitted that Hamza Bin Laden, the son and heir apparent of Osama, has been killed in a military operation in Afghanistan or Pakistan.  There have been no statements attributed to Al-Qaeda announcing his death, and there was a question as to whether he was indeed deceased.

The White House statement, which was published today, and which can be downloaded here. reads:

STATEMENT FROM THE PRESIDENT

"Hamza Bin Ladin, the high-ranking Al-Qa'ida member and son of Usama Bin Ladin, was killed in a United States counter-terrorism  operation in the Afghanistan/Pakistan region. The loss of Hamza Bin Laden not only deprives Al-Qai'da of important leadership skills and the symbiotic connection to his father, but undermines important operational activities of the group. Hamza Bin Ladin was responsible for planning and dealing with various terrorist groups." 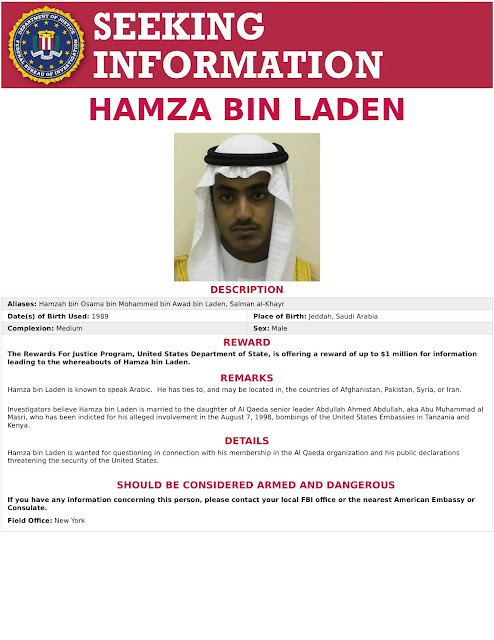