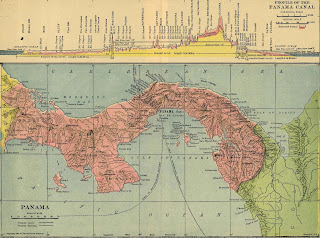 Though the Government of Panama is desperately attempting to keep this news from its citizens, many Panamanian banks have very little cash on hand, and what is left is being depleted further by withdrawals. Many savvy financial advisers are telling their Panamanian clients to move their money out of local banks at this time.

The reasons are simple:

(1) The adverse publicity generated by the Panama Papers scandal, which fatally exposed the widespread use of bearer-share Panamanian and BVI corporations by foreign tax evaders secreting their assets in Panama. As the result, many affluent foreign nationals, who are account holders, have nervously moved their funds into tax havens located elsewhere.

(2) Many Panamanian banks, which are partially- or completely-owned by the country's organized crime syndicates, have made loans to insiders, or individuals closely linked to them, and those debts will never be repaid. Given the dysfunctional and corrupt court system in place in Panama, there is no effective way to collect on those bad debts, even if bank ownership wished to, which it is not.

(3) The lack of a Central Bank, which means that there is no enforceable external audit system operating, to keep the banks honest, results in grossly exaggerated and totally bogus claims by the banks, as to their financial status. Some banks claim they hold millions of dollars in gold, but, in truth and in fact, the "assets" are gold certificates of dubious authenticity and value.

The bottom line: if local bank customers made a run on their accounts, many of Panama City's banks would be forced to close their doors, rather than admit they could not pay out to their depositors. The nightmare of Insolvency, for several of them, is a real possibility. Bear this in mind when considering how to assign the appropriate level of Country Risk to the Republic of Panama.
Posted by Kenneth Rijock at Tuesday, August 02, 2016