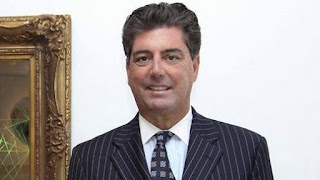 Alan Koslow, a well-known Florida attorney and lobbyist, has entered a guilty plea to money laundering conspiracy, in US District court. Koslow was accused of accepting money that he understood was the proceeds of drug crime, and laundering it for individuals who were undercover law enforcement agents.

A prominent lawyer in Broward County, Florida, and a former City Attorney in Hollywood, Koslow represent gambling interests, and developers, whom he frequently appeared for, in local government meetings, where approval was often obtained, through his efforts as counsel.

One report stated that he tested positive for cocaine three times, and was subsequently committed to a residential drug rehabilitation facility, after which the Court declined to release him, indicating that he may have had a serious addiction problem.

The three-year delay in charges being filed, which consisted of a Criminal Information, indicating cooperation or a plea agreement, could mean that he was assisting law enforcement, or that the Government did not want to publicly expose a particular informant. Sentencing has been scheduled for November 10. The maximum penalty is five years, though a shorter sentence could be imposed, with or without a fine.
Posted by Kenneth Rijock at Saturday, August 27, 2016