PANAMANIAN MSB GOES UNDER, WITH $22m IN DEBT

Financiera Generosa*, a Panamanian money service business, owing more than $22m in bonds and commercial paper, has gone into bankruptcy, and creditors fear that their security, where it actually exists, was grossly overvalued by company officers, giving rise to criminal liability of a number of officers and directors.

Generosa, which was heavily involved in the finance of commercial buildings, especially hotel construction, was unable to meet its debt service as it came due, particularly its bond issues, and has been forced into bankruptcy. MSBs in Panama are typically involved in finance, unlike those in other countries. Its president, Jose Luís Ford Hernandez, has been confined to his home, and prohibited from leaving the country; criminal charges have been filed against him. 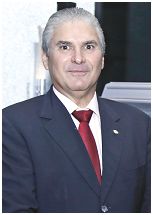 Multiple litigation against the company has been pending for the last four years. Panama's securities regulator, the SMV, posted a notice of the bankruptcy on its website at the end of last week. Institutional creditors, many of whom are holding Generosa obligations in the millions of dollars, are in danger of losing their entire investment. This scandal, the biggest to hit Panama since the Petaquilla Mining insider trading case, will further reduce the confidence that investors have in Panama's economy, and the ability of its
commercial ventures to meet their obligations. 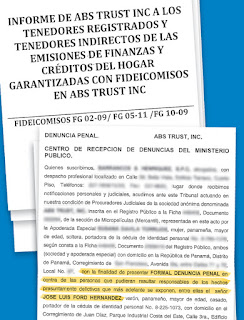