The recent increase purchase of luxury condominiums, in South Florida, by affluent Turkish nationals, could represent a compliance problem for local financial institutions, real estate lawyers, realtors, and title insurance companies. The ability of compliance officers to identify Turkish PEPs, and other high-risk potential Turkish clients, seeking to purchase real estate in the area, is questionable, even when the transactions are no the cash sales specified in the Geographic Targeting Order.

In truth and in fact, the three major commercial off-the-shelf databases, of high-risk individuals and entities, are not known to have a comprehensive list of Turkish PEPs, due to a number of factors; the language issue, previous AML/CFT assessments that Turkey is only a low- to medium-risk jurisdiction, the lack of objective and comprehensive articles about its citizens, due to governmental  influence over the media there, and the focus, of those databases, on higher risk jurisdictions.

Turkish Airlines now flies into Miami daily; a new Turkish Consulate has opened there; local realtor statistics assert that five per cent of luxury condominium sales are to Turkish nationals; some Turkish financial experts are confidentially opining that the United Kingdom and France are no longer the primary locations for Turkish nationals to purchase second or third homes. All these factors have contributed to a rapid increase in Turkish investment in South Florida; one source estimates that there are as many as 10,000 part-time Turkish residents in South Florida. A prominent Turkish real estate firm has now opened an office in Miami.

These clients require more than your garden variety due diligence investigation, because there are a number of factors that raise risk levels, when Turkey is involved;

(1) Turkey serves as the global overseas headquarters of Hamas, which is a Specially Designated Global Terrorist Organization. Hamas is known to use Turkey as a base, from which to finance terrorist operations, in the Middle East, and in the EU.

(2) Turkey has, for years, served as the transit point for illicit petroleum sales of ISIS/ISIL, another terrorist organization. It also was used to evade international sanctions on Iranian oil sales, which is of great interest to the US: see the Reza Zarrab case, now pending in New York.

(3) Corruption, including at the highest levels of government, has been the subject of major news stories, especially where Iran sanctions evasion operations are involved.

(4) Human smuggling into the European Union, from Turkey, is another major illegal activity that reportedly creates illicit wealth, which must be laundered.

All these issues mean that compliance officers in Florida, and in the United States in general, must carefully examine all affluent Turkish purchasers of American real estate; enhanced due diligence is the order of the day, and the traditional database searches are clearly insufficient for that purpose. One need to conduct an independent investigation, and the use of Artificial Intelligence, in your queries, is highly recommended. Passive databases will not adequately return a sufficiently details profile on most Turkish nationals; Make sure that your search accesses external sources. 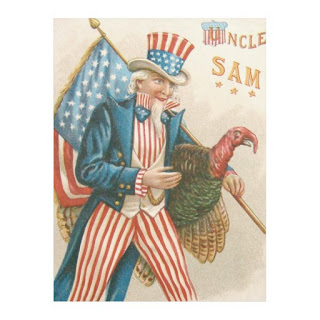