The Second Circuit Court of Appeals has affirmed the District Court decision, in the case of Licci vs. Lebanese Canadian Bank SAL, in which an action against the bank*, for facilitating financing of Hezbollah, through US banks, pursuant to the Alien Tort Statute, was dismissed, holding that customary international law does not recognize liability for the bank, a corporation, relying upon the ruling in Kiobel vs. Dutch Petroleum Co.,  a 2013 US Supreme Court decision. 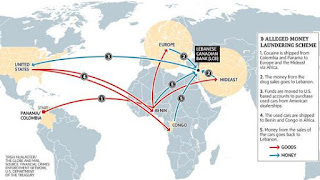