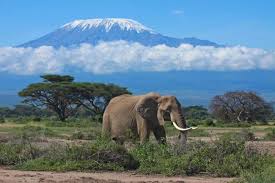 We have previously covered the fact that PEPs from most of the countries reportedly have accounts in offshore tax havens, and a large number of them used the Panamanian law firm of Mossack Fonseca to form companies in the most opaque and obscure tax havens, to hide their criminal proceeds from public view.

Now, a whole new group of Africans has a bond to pick with the Mossack firm; it seems that many of the continent's major tourism companies, especially the East African safari trade, purchased corporations domiciled in the British Virgin Islands, Mauritius, and the Seychelles,  which are known low- or zero-tax jurisdictions, and thereby evaded paying taxes in the countries of Africa where they actually operated. Some of these tourism companies actually booked their African safaris through the tax havens, creating an additional layer of protection, and insuring that they would never pay their African host countries a penny in taxes, losing valuable tourism revenue

Mossack also insured that these tourism companies were able to open accounts in such places as Liechtenstein, Luxembourg, the isle of Man, and Switzerland, so that payment for their services never even touched African banks; only the small costs of actual operation made it into the host countries. The local economies did not really benefits from these offshore businesses, notwithstanding that they were working totally within the host countries.

These tourism company operators, with the able assistance of Mossack Fonseca, skillfully ( and legally) avoid paying taxes in countries that sorely need them. What's wrong with their picture ?