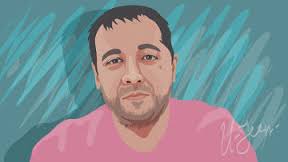 Roman Valerevich Seleznev, the Russian hacker who disrupted businesses in the State of Washington, by stealing credit-card information en masse, has been convicted by a jury. Facing 34 years in Federal Prison, given the amount of damage he caused, and quantity of information stole, the issue of how he ended up in a Federal courtroom in Seattle will surely be a front and center issue on his certain appeal.

The defendant was seized in the Maldives, and flown to Guam, which is US territory, for his First Appearance, and thereafter transported to SeaTac. He claims the circumstances of his arrest and removal violated international, and local, laws. Most Federal decisions have not inquired into the precise circumstances through which a defendant is secured from abroad, except under the most extreme conditions, which do not appear to be in the instant case.

The Verdict recites the jury's findings on these charges:
(1) Wire Fraud
(2) Intentional Damage to a Computer
(3) Obtaining Information from a Computer without Authorization
(4) Access Device Fraud

Seleznev, whose father is a prominent elected official in the Russian Federation Parliament, and who suspected of involvement in a plan to spring his son from Federal custody, while he was awaiting trial, claimed, during trial, that his computer was tampered with by US law enforcement agents, after his initial arrest. He was represented by a large group of attorneys, including the lawyer who defended Ted Bundy, the serial killer executed in Florida. Panama watchers may be interested to know that Seleznev stayed at the Trump Ocean Club, in Panama City; his activities while in the country remain unknown, but there is major Russian hacker activity in Panama.

Some Russian media have claimed that his case was politically motivated, due to his father's close association with the Russian leader, Vladimir Putin, and there were rumors that the US sought to make a deal with Russia, to exchange him for Edward Snowden, though this was denied. Sentencing has been sent for December 2, 2016.
Posted by Kenneth Rijock at Saturday, August 27, 2016