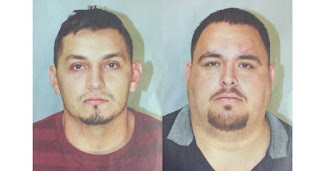 Two individuals, Roland Garza & Carlos Olivera, were arrested this week, driving a brand-new Cadillac Escalade, when they were subjected to a traffic stop in Driscoll, Texas, south of Corpus Christi. The driver had a suspended license, and when the vehicle was searched, $546,390, in cash, was discovered, artfully hidden in several places within the vehicle.

The two were traveling south on Highway 77, and were close to the border with Mexico. Who drives a new car, with a suspended license, towards the border, carrying cash ? Both defendants are in jail, and their bail has been set at one million dollars each. They are facing money laundering charges.