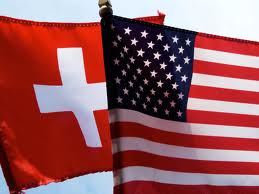 The announcement, this week, that the Swiss and United States governments have reached an agreement whereby Swiss banks will disclose information on their American clients who hold accounts, will save the banks from criminal indictment, but it will also stimulate the capital flight of funds whose owners fear criminal tax evasion charges, as well as seizure of the proceeds of crime.

Actual client names, and account data, in the hands of US law enforcement agencies, could result in action, both in the United States, and in Switzerland, to seize assets, which is a real problem if you are a career criminal secreting criminal profits abroad, and at home. Information produced by Swiss banks could identify criminal assets held in the United States.

Some criminal organisations have already transferred funds out of Switzerland, principally to Asian countries, but you can expect a groundswell of additional transfers, once the money launderers for such groups learn the details of what their clients will universally regard as  bad news.

I would look carefully at any new, substantial Swiss funds transfers, coming from corporate entities that are not known to be engaged in actual business operations, or any trusts, foundations, NGOs not known to be active, or other unusual business associations, as they may be carefully cleaned criminal proceeds, that has been residing in Switzerland for several years.
Posted by Kenneth Rijock at Friday, May 31, 2013