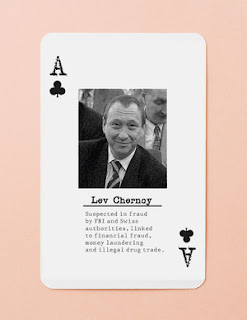 Remember, during the Iraq War, when the US Army distributed 52 playing cards, showing the fugitive most wanted military commanders of the Hussein regime ? This week, an NGO, the Institute for Russian Research*, in order to raise awareness in the American law enforcement and financial fields, has published, and will distribute free of charge, a deck of 48 cards, all showing the key figures that it alleges are in the Russian Mafia.

If you ask why is this important to me as a compliance officer in the United States, be advised that more than half of them reside in America. EU compliance officers please note that fifteen per cent are based in Spain, according to the Institute. It further reminds us that these individuals, many of whom have substantial illicit business in Latin America, generally deal strictly in US Dollars ($) in their lines of work. 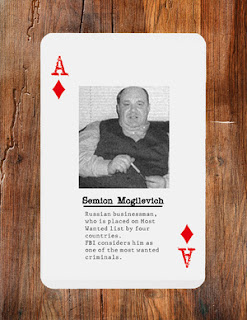 Remember that the transliteration of the Cyrillic alphabet into the Roman means that, like Arabic, there are variations; some spellings are phonetic translations, but others are Anglicised. Considering that they will be using aliases, with genuine passports when they come into your office, it is suggested that you print out the photographs on the cards, which appear here:

and circulate the photos around the bank, as well as checking them against passport photos of any current bank clients who are Russian nationals. 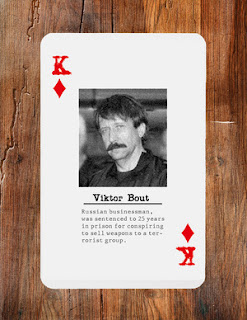