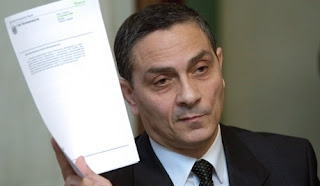 Richard Ammar Chichakli, the Syrian-American accountant who, with his partner, Viktor Bout, attempted to evade international sanctions, and illegally purchase aircraft for their clients, has been extradited to New York, where he faces several Federal charges*:

Chichakli, whose other aliases include Robert Cunning and Raman Cedorov, was arrested in Australia when he applied, under still another alias, for a law enforcement position. He agreed to be extradited over a month ago, but arrived in the United States at the end of next week. He reportedly was denied bail, at a First Appearance on Saturday, but due to the long holiday weekend, the court file does not yet contain any corroborating information.