WHERE IS VIKTOR BOUT'S MONEY LAUNDERER ? 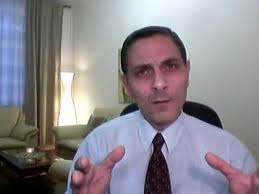 Richard Ammar Chichakli, the reputed long-time associate, and money launderer, for convicted arms trafficker Viktor Bout, consented a month ago, in open court in Melbourne,Australia, to be extradited to the United States. There has been no public information regarding Mr. Chichakli since that time, and we are wondering what happened to this high-profile defendant.

Chihakli, a Syrian-American accountant who is charged, with Bout, with seeking to illegally obtain aircraft, in violation of US sanctions, worked closely with Bout for several years, and is believed to know intimate details of Bout's airborne arms smuggling activities, especially what happened to the huge sums of illicit profit Bout earned during the years when he was flying weapons into the world's conflict zones.

Has Chichakli been quietly extradited to the United States, for the purposes of debriefing him about other potential targets, so that sealed indictments can be obtained ? Did he already craft a plea bargain with the Department of Justice ? We cannot say, but the absence of any information about him, after 4 April, when he consented to extradition, is a bit of a mystery; Stay tuned.