WHY MONEY LAUNDERING LAWYERS DO NOT PLEAD GUILTY 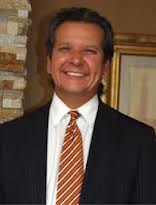 The Federal trial of prominent El Paso Attorney Marco Delgado is set for next Monday, but his attorneys are seeking a delay, and are reportedly asking the District Judge to subject their client to a psychiatric evaluation.  The reason will surprise you.

Delgado allegedly has refused to enter a plea in the case, claiming that he is innocent of laundering drug profits for a Mexican Cartel, and of illegally diverting millions of dollars, destined for an energy construction project in Mexico, to his own use, in an account in an offshore financial centre. Considering that the maximum penalty for money laundering is twenty years, you may wonder why he will not agree to a plea bargain, which would result in a lesser sentence.

By now, your curiosity is certainly aroused; Delgado, as a practising attorney, certainly knows that any plea agreement will require him to be extensively debriefed, and probably testify against his cartel boss, and some of the lieutenants in the organisation. he know that, wherever he goes in the Federal Prison system, he will in mortal danger of assassination.

His attorneys think he has possible mental problems, because he refuses to plead out, and will forfeit several more years of his life in custody, but Delgado knows that his life would end shortly after he arrived in prison, of he testified against the cartel leader that he worked for. As I always say, money laundering is a white collar crime,  but remember who your clients are.