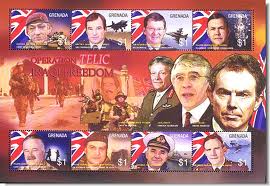 The attack, by Israel, on a warehouse full of advanced Iranian missiles, at Damascus International Airport, means only one thing: These arms were transported from Iran, through Iraqi airspace, with the express consent and approval of the Government of Iraq. In plain English, Iraq doesn't give a tinker's damn what the West thinks about its complicity regarding Iranian support of the regime side in the Syrian civil war.

The Syrian conflict is in danger of expanding; two Israeli attacks, within Syrian territory in the same week, underscores the clear and present danger. When one adds the rampant corruption, the ever-increasing bombings of both Sunnis and Shiites by their perceived enemies and opponents, the overt Kurdish facilitation of Iranian sanctions evasion, and the general feeling that Iraqi society is careening out of control lately, compliance officers candidly have no other choice but to raise Country Risk on Iraq forthwith.

Any bank client, or bank, that is planning on participating in the Iraqi financial structure or economy should be prepared to lose its entire investment; Any other conclusion, for risk management purposes, ignores the reality on the ground.