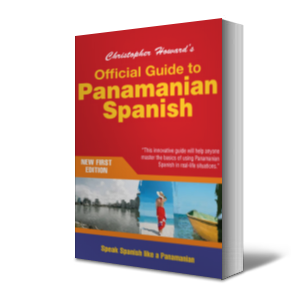 A number of disturbing factors regarding the Republic of Panama concern me, and once more the issue of whether to raise Country Risk on Panama is before us. Here's why:

(1) A prominent journalist this week raised the alarm about the ongoing attack on Panama's free press by the current government, accusing the Martinelli Administration of tactics more suited to Chavista-dominated Venezuela, rather than Panama's tradition of freedom of the media.

(2) Though they will never be charged in their own country, several Panamanian Ministers, and the country's president himself,  have been publicly accused of massive corruption. Whether US authorities bring criminal charges, for Insider Trading, is not known, but is a distinct possibility.

(3) Martinelli's exposure, due to his former association with convicted Ponzi schemer David Eduardo Helmut Murcia Guzmán, remains an open question, as Guzmán is reportedly cooperating with American authorities, and literally billions of dollars of DMG money is still missing an unaccounted for.

(4) The National Assembly is rumoured to be planning to pass legislation recognizing Palestine as an independent state, which will further alienate it from a United States Government that has tracked suspicious container shipments from Panama-Venezuela-Iran. 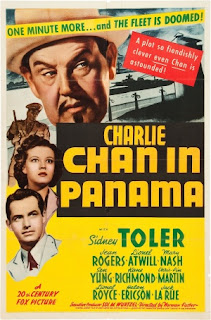 (5) The total and complete lack of enforcement of the money laundering laws, especially where they involve illicit funds being couriered in from Venezuela, and placed in willing Panamanian banks. 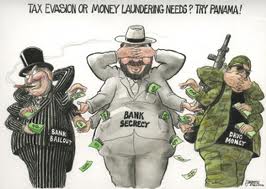 I will leave it to your personal assessment, after due consideration of all the available facts, but risk levels for any financial exposure in, or international trade on credit with, Panamanian private entities or its government, may cause you to raise Country Risk with Panama at this time. 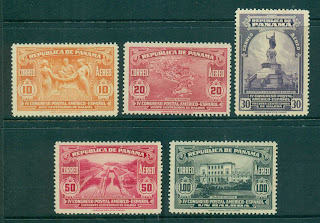 Will Panama, whose economic boom continues unabated, implode politically before the 2014 presidential election, and will such an event hit the economy hard, is not known, but if you have any exposure in Panama, you had best pay close attention to unfolding events.
Posted by Kenneth Rijock at Sunday, May 12, 2013