VIRTUAL CURRENCY TRADERS THRIVE IN THE REPUBLIC OF PANAMA 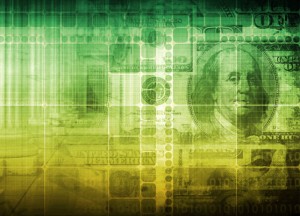 Those readers who found the Liberty Reserved digital currency money laundering case of interest should be aware that two of the Russian-Americans who were Liberty principals lived in the Republic of Panama, owned luxurious residences there, and spent a substantial amount of time in Panama City.

Liberty reportedly operated twenty offices there, though old Panama hands have remarked that these facilities engaged in a very small amount of business, which is unusual, given the nature of the multi-billion dollar criminal enterprise that the United States has accused Liberty's principals of operating through Costa Rica. Were these merely fronts ?

There are other virtual currency exchange system operators located in Panama, including Perfect Money, and CashU. None of these entities reportedly actually performs KYC (Know your Customer) on its clientele, though they profess to do so, and many are known to have sold their own proprietary prepaid closed-loop cards, as well as debit cards issued by major US card companies.

It appears that Panamanian regulators and law enforcement agencies were aware of the operations of a dozen virtual currency companies, as they are registered with local regulatory agencies, but to date have failed to take any action against them, notwithstanding complaints from local money service businesses.  It has been alleged that the owners of these digital currency entities have taken in partners prominent in the local community, which ensures that these companies will neither be investigated, nor closed down.

Since Liberty Reserved allegedly exclusively served criminal organisations and enterprises, it is suggested that:

(1) Any new client attempting now to transfer a large amount funds into your bank, from or through a money transmitter or money service business with any variation of the following names be checked thoroughly, to eliminate the client as a former customer of Liberty: EuroGold, AsianaGold, Swift Exchanger, and Exchange Zone.

(2) You thoroughly vett any customer payments to what appear to be  money service businesses, acting on behalf of digital currency traders.

(3) Until and unless an adequate regulatory regime is installed in your jurisdiction, and the digital currency firms fully comply, such as FinCEN registration in the US, avoid digital/virtual currency traders at this time, lest you draw fines & penalties later, not to mention possible money laundering charges.

Be extremely careful; should you feel that there is some type of virtual currency being redeemed through your bank, immediately notify, and consult with, outside bank counsel, to protect the bank from exposure to high-risk activity.