MEK RENEGES ON PROMISE TO LEAVE IRAQ, SHOULD BE DISBANDED 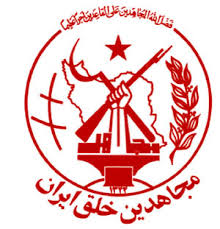 The Mujahedeen Khalq, the Marxist/Islamist militant cult group more commonly known in the West as the MEK, is not cooperating in the orderly departure of its members, from camps in Iraq, to resettlement sites in Europe. This far, only a dozen of the expected 3100 members have been transported out of Iraq, to their new homes.

The MEK, who opposes the regime in Iran, but has a history of violence to Americans, was delisted as a terrorist group in the US, after extensive lobbying efforts in Washington. It promised the United States it would agree to resettlement, but its leadership has proven to be uncooperative, notwithstanding the danger to MEK members, should they remain in Iraq, whose Shiite militants have attacked them several times, since they disarmed after the Second Gulf War. 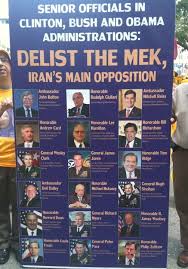 Perhaps now all those who expressed reservations to the US delisting of the MEK can now remind the American Government that the presence of the MEK, which is not well-regarded in Iran, has no place in the current political situation in the Middle East, and it should be disbanded forthwith. The many prominent former US military officers and retired politicians on its lobbying payroll notwithstanding.

The US & Iraq need to dissolve the MEK, lest it cause trouble again in the region. It has been  described by its detractors as a fanatical cult that requires absolute loyalty from its members; non-democratic, and employs a cult of personality in its leadership. It has no place in the Arab (or Persian) Spring.
Posted by Kenneth Rijock at Monday, May 27, 2013