WHO WAS BEHIND THIS $66m CORRUPTION SCHEME ? 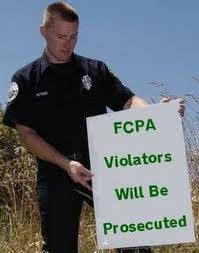 The high-profile Federal criminal case, filed against American bond brokers, foreign intermediaries, and a vice president at a Venezuelan government bank, for FCPA, Travel Act, and money laundering violations, has become a bit of a sensation. I have one question: who ran this complex scheme ? it would take someone more senior than the Venezuelan PEP who was arrested, that is a certainty.

The details have been prominently covered in the financial press, but we shall summarise them here. employees of an American broker-dealer paid bribes to a Venezuelan government official, for directing lucrative bond trading business to the brokerage firm, which illegally earned over $66m in revenue from mark-up & mark-down fees in Venezuelan sovereign debt transactions.

Several individuals at the brokerage, plus the intermediaries, received illicit payments in the millions of dollars. The government employee, María de Los Angeles González de Hernandez, the VP at the state development bank known as BANDES, received kickbacks of at least $5m, including funds circuitously transferred through two Swiss bank accounts, hence the money laundering charges. She was arrested recently upon arrival in Miami.

Since no major corruption scheme ever happens in Venezuela without the tacit approval, and monetary participation, of very senior government officials, I ask again: who was behind this corruption ?