IS VICTOR BOUT'S MONEY LAUNDERER COOPERATING WITH US LAW ENFORCEMENT ? 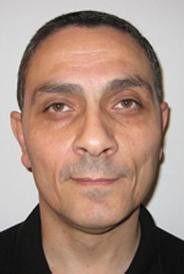 Extradited fugitive money launderer, Richard Chichakli, reportedly had his First Appearance, before a United States Magistrate judge last Saturday, but the court file curiously fails to show, not only no record of that event, but the file has nothing newer than the Superseding Indictment filed in January. That is indeed a mystery.

There is no Notice of Appearance of counsel for Chichakli, though you would have thought that his family would have made arrangements during the past 30 days, when he agreed to extradition, to face multiple Federal charges in US District Court in Manhattan. He does not show up on the Bureau of Prisons website as being custody. One wonders where Mr. Chichakli is, and whether he has decided to render Substantial Assistance, to reduce his ultimate sentence.

Is the United States seeking to seize, and forfeit, Viktor Bout's arms trafficking profits ?
Posted by Kenneth Rijock at Wednesday, May 29, 2013