VENEZUELA TO USE MILITARY UNITS IN LAW ENFORCEMENT ROLES 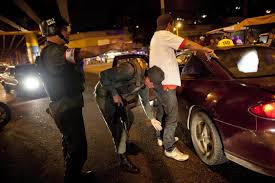 If you had any illusions left about the fairness of the criminal justice system in the Bolivarian Republic of Venezuela, they have now completely evaporated; the government has announced that members of all branches of its armed forces shall now be tasked with law enforcement duties in that Latin American nation.

What little protection remains, under the country's Constitution, against arbitrary arrest, and detention without trial, or assistance of counsel, will certainly disappear, as the Venezuelan military does not answer to those few members of the judiciary who are not Chavista appointees, and actually follow the law.

This is but one additional factor in my current opinion, to the effect that Country Risk levels in Venezuela are so high at present, to recommend that you engage in no new investment, no major extension of credit, and no exposure of your staff to the possibility of arrest.