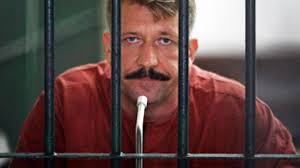 (1) Bout is an innocent man who was convicted by an American jury overwhelmed by emotional, political and national feelings for US servicemen and women.

(2) Senior officials at the White House and the State Department doggedly targeted Bout, in their pursuit and prosecution, not for an conceivable law enforcement reason, but for purely political and personal reasons.;Two are specifically named.

(3) There was no evidence Bout ever intended to target US interests.

(4) There was no evidence of unlawful transportation of arms.

The issues framed in the brief are:

(A) The case should be remanded to the District Court to hold a hearing on the violation of Bout's right to due process, resulting from the outrageous governmental pursuit, from the inception through the extradition process.

(B) Conspiracy to Commit Reckless Murder is a non-existent Federal Crime.