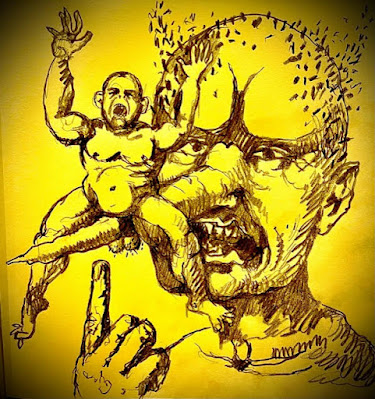 In the aftermath of Russia's bloody invasion of the Ukraine, the world's democracies have universally  instituted sanctions against Vladimir Putin's dictatorship, as well as against the Russian Oligarchs that financially benefit by supporting his regime. The Republic of Malta, however, is the exception. Notwithstanding that all the elements of the country's civil society has called upon him to cease and desist in the sale of IIM/CBI economic passports to Russians, Abela has ignored and deflected media's questions on the subject. Would you like to know why ?

First of all, Malta's corrupt senior leaders receive bribes and kickbacks from dirty Russian Oligarchs who should never be given passports, as they fail the due diligence investigations every time. Abela's wealth has no legal source or origin; he financially benefits in large part from selling passports to criminals from Russia, and allegedly helping launder their money. His cronies on the Labour Party likewise receive illicit financial payments, often in US Dollars, for their cooperation with the Oligarchs, when they launder their criminal proceeds. They would send the Maltese Mafia to kill him if he cut off the flow of Russian bribes.

Second, Abela is desperate to hold onto power at the upcoming National Election, and given Joseph  Muscat's recent efforts to take his place as PM, he needs all the Pl support he can muster. Muscat is presently taking his internal party political support from him, meaning that he could be forced from power, and the other corrupt Labour Party leaders want to continue to accept bribes from Russians needing CBI  passports from Malta, which have Schengen Zone access to the EU.

Whether Abela survives is anyone's guess, but given that the United States has indicated that it intends to go after foreign assets of those Oligarchs with CBI passports, Malta will soon find itself as collateral damage from American seizure operations abroad. You can blame your corrupt Prime Minister for what comes next, Maltese voters.