Dominica continues to approve dodgy developments, financed by the sale of Citizenship by Investment (CBI) passports to Iranians, Russians, Syrians, North Koreans, and transnational white collar criminals.The one we are examining today, OCEAN EDGE HOTEL, is a $9m project, fattened up to a $75m budget, and including  an obscene $6m commission, said to be going to a  government employee, who is believed to be the developer. Much of the balance of the huge budget appears to be going for vastly overpriced tasks, leaving us to assume that most of it is to fatten up supporters of Prime Minister Roosevelt Skerrit, the East Caribbean version of Malta's disgraced former PM Joseph Muscat.

Dominica needs another unoccupied luxury hotel like it needs another hurricane. The promised jobs never seem to materialise, outside management from the Middle East always shows up to take the high-paying positions. Once hired, local are terminated when nobody shows up to stay at the hotel. And the buyers - sketchy people sending in their CBI money from  opaque tax havens, with some going on to buy diplomatic passports to complete their renationalisation scheme. Once they have that prized passport, they tell the world's bankers that they are Dominicans, not Iranians or Russians when conducting business, until they are arrested abroad for financial crimes. 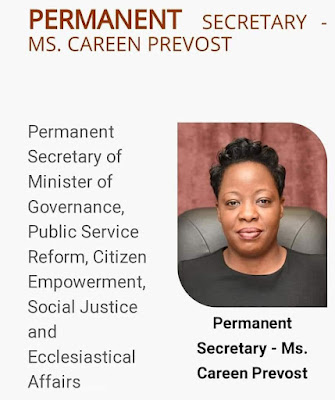 Will the hotel  actually get built ? we know many of the CBI passport purchasers do not care, so long as they get that passport. How much is being laundered and delivered to Skerrit ? Perhaps Joseph Muscat should now giver up the title of the Most Corrupt Government Leader to Skerrit, for he has earned it. This new project is merely the latest of many money laundering schemes involving CBI passports that infect Dominica, where corruption is king.