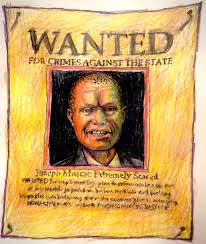 An extremely unhappy Labour Politician has disclosed to this blog that the disgraced former Maltese Prime Minister is thinking of employing his country's archaic co-option and Single Transferable Voting System laws to sneak back into Parliament without actually running for office, and being voted in.  Although he has not yet decided whether he will become PM again, this archaic law could allow the Artful Dodger to attain that position.

Apparently talks to obtain  political support from Chris Fearne have failed, and JM must find a more devious method to return to Malta's highest office. Unlike the laws in England and Wales,  Malta gives certain privileges to MPs elected after the Casual Election (for those who don't reach the quota to be directly elected from the District); Someone elected during that process can give JM his seat; alternatively, a candidate is elected from two Districts, and gives up one seat to Muscat. JM is rumored to have already made a deal With a Labour MP, who will give up his seat for him. Once in office, using this tactic, JM then maneuvers his many PL Members of Parliament, who have a majority, to elect him PM, without him ever having to run as a candidate.

Prime Minister Robert Abela, who has had a notable falling out with JM, is aware of the dodgy technique, and is reportedly extremely paranoid at this stage, asking all the PL candidates privately to refrain from using Joseph Muscat on their election campaigns. Whether Abela is able to stop JM from taking him out of office and replacing him remains an open question, but we shall continue to brief our readers on all developments as they occur.