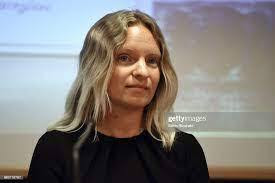 If you were wondering why we haven't reported lately on Maria Efimova, the former Pilatus Bank employee who has documented expert proof that MICHELLE MUSCAT, the wife of disgraced Maltese Prime Minister JOSEPH MUSCAT, owns EGRANT, the offshore company that received bribes and kickbacks for her corrupt husband, she had to flee her home in Greece, abandoning her family.,

Apparently, the fact that the bogus political case against her in Malta was adjourned Sine Die,  which means indefinitely, with no scheduled court date, was not enough for Joseph Muscat, and his designated successor, Prime Minister Robert Abela. A new arrest warrant, issued in Malta, was in the hands of Greek authorities, who were obligated to serve it, which they attempted to do this week.

In her own words Maria has advised I am not in Greece anymore, but my husband is still there, and today the police came to our house in Greece. They told me husband that they have a new arrest warrant for me from Malta. those bloody Maltese crooks just won't let me alone. Thank God, I left Greece. Otherwise, they would drag me through Hell once again.

As you may recall,  a Greek court disposed of a prior warrant, and INTERPOL dismissed it as being purely politically. motivated, and without any factual or legal basis. We do not know the specifics of the new warrant, but since the courts, and INTERPOL, have ruled on her case, it is obvious it is a political vendetta against her, designed to block her from revealing her EGRANT expert witness report before the upcoming National Election, which would most likely result in Robert Abela's downfall, and the arrest of the Muscat family.

Maria makes one final point, How dare Malta go to the European Council, and say something about Russia not being democratic, when Malta is being ruled by criminals ?  When will Maltese voters get the message; she is targeted because he has the truth about Labour Party corruption at the highest level, and the PL fears that she will speak Truth to Power, Daphne style.