WILL THE CORONAVIRUS KILL THE EAST CARIBBEAN CBI PASSPORT INDUSTRY, WHICH WILL DESTROY THE ECONOMIES OF THOSE ISLANDS ? 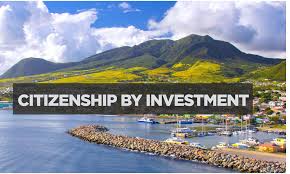 Given that the countries of the world will be dealing with the Coronavirus for many months, if not years, until a cure and vaccine are developed, tested, distributed and consumed, it is expected that international travel, for business or pleasure, will be limited absolute necessity, due to the dangers that it presents. Why expose yourself and your family to being infected, due to travel to areas which may contain higher risks of infection than you have at home ?

Unfortunately for the five East Caribbean states that have Citizenship by Investment (CBI/CIP) programs, they have become far too dependent upon the fees they collect from applicants; much of it goes to pay their top-heavy salaries of civil servants, many of whom are placed, due to local politics, in lucrative positions, though their duties, and contributions, are minimal.

Without CBI funding, the East Caribbean states will be forced to conduct mass layoffs, and firings of government staff. This may plunge their fragile domestic economies into chaos, as unemployed government officials will not be able to afford to purchase goods from the service economies that serve them. Most of the consumer items are imported, and without paying customers, local retail will collapse. Food and energy shortages will soon follow, remittances from abroad, already declining, will not save them.

Will the CBI programs be the cause of the failures of the economies of the East Caribbean states ? We cannot say, but we will be watching.