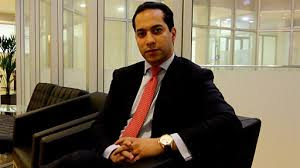 As we have previously reported, Ali Sadr Hasheminejad, the Iranian businessman with links to his country's Ministry of Intelligence, has been convicted after a jury trial, in US District Court for the Southern District of New York. Most court observers had predicted a conviction, after the Government's  evidence clearly showed that more than $115m had been routed from Venezuela, through banks in the United States, to entities controlled by the defendant and his father, Mohammad Sadr Hasheminejad, a reputed Iranian intelligence agent.

In providing details about the guilty verdict, the US Attorney's office pointed mentioned the deceptive tactics that the defendant employed, as he sought to conceal the Iranian beneficiaries and destination of the funds, all in violation of US sanctions against Iran:
(A) Change the name of the ultimate Iranian corporate recipient of the money.
(B)  Directing employees to delete the website of the Iranian company.
(C)  Lying about the identity of the true owners of the front companies, when requested by banks.
(D)  Altering documents and backdating contracts, to mislead banks about the Source of Funds.

The fact that the defendant ultimately moved $8.6m of the completely laundered funds into the United States, to make real property investments there, for the benefit of the defendant's family, displayed a level of arrogance that is not often seen, and which added to his guilt.

Given his potential maximum 85 year sentence, it was believed that he would be immediately taken into custody, to await sentencing, but inasmuch as local Federal detention facilities in New York are on lockdown, the Court released Ali Sadr to Home Confinement, more commonly known as House Arrest. Given the zealous defense conducted by his defense attorneys, it is doubtful that we will see any cooperation at this time.
Posted by Kenneth Rijock at Monday, March 16, 2020