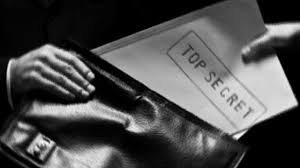 An American civilian contractor who acted as an interpreter at the US Special Operations Task Force in Erbil, Iraq has been arrested for passing sensitive classified information to agents of Hezbollah. Lebanese-born Mariam Taha Thompson was charged with Delivering Defense Information to aid a Foreign Government, and Conspiracy to Deliver. In essence, Thompson is accused of Espionage.

The defendant transmitted classified national defense information regarding active human assets, including their true names, placing them, and US military personnel in grave danger. Lebanese nationals assisting the United States were among those identified, including personal identification data, and photographs of the human assets, as well as operational cables detailing information that the assets provided to the United States government. She holds a Top Secret security clearance, but was not authorized to access the information found in her living quarters.

The defendant allegedly had a romantic relationship with a Lebanese national who ostensibly worked for his government, but was a member of Amal, which is closely tied to Hezbollah , additionally, she warned another individual affiliated with another designated terrorist organization with links to Hezbollah. Evidence indicated that she identified eight (8) Human Assets to her co-conspirators.

Thompson faces a maximum sentence of Life in Prison, and since the Sentencing Reform Act does not provide for Parole, she will, if so sentenced, not ever be eligible for release.

Readers who require more details may access the unclassified affidavit filed by the FBI Agent, which was filed in support of the arrest warrant here.