IS THE CORONA VIRUS THE RESULT OF A MAJOR OCCUPATIONAL ACCIDENT IN CHINA ? 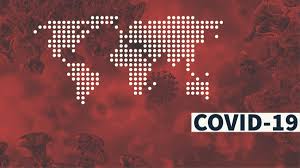 The super virulent COVID-19 virus appears to be biologically engineered, and we note that the epicenter of the outbreak is near China's first BSL-4 laboratory, at the Wuhan Institute of Virology. In Early February, Chinese state-run media reported China's Peoples' Liberation Army (PLA) was sending in its top expert in biological warfare, to lead the efforts to fight the epidemic. She is Chen Wei, who holds the rank of Major General in the PLA, who is assigned to research at the Academy of Military Science.


It is strange that the Government of China would order military biological warfare experts, if COVID-19 was a natural virus. Zero Hedge has reported on research it conducted, into the programs at the BSL-4 laboratory, prior to the outbreak. It found that scientists at the laboratory were researching virulent strains of bat-corona viruses. One scientist, Professor Shi Zhengli, was the coauthor of a controversial research paper, written in December 2015. The paper stated that "we built a chimeric virus" by combining a bat corona-virus with Severe Acute Respiratory Syndrome (SARS) that targeted a specific viral receptor; it is the same one that COVID-19 binds to.


That scientist, as well as another at the Wuhan Institute of Virology, created a virus similar to this in 2015, while working with a different laboratory. China has a long and notorious history of occupational accidents, which occur at rates and orders of magnitude much higher than in the United States. COVID-19 most likely either infected a researcher at WIV who thereafter spread it, or it was accidentally released to the public when strict BSL-4 handling protocols were not followed. The official allegation, that the virus was transmitted from a bat must be in error, or deliberate disinformation, as it is not fully bat coronavirus, and most bats in China were in hibernation between October and December 2019. 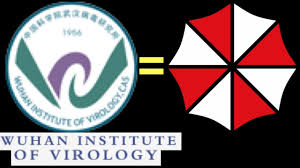 (1) Was the Trump Administration aware of these facts, and did it have good reason to conceal them,
for Trump's own political, and his family's financial gan ?

(2) Does Trump's public position on COVID-19 contravene the facts, because his daughter, Ivanka, on April 6, 2019, obtained provisional approval from the Chinese Government for three new trademarks ? The trademarks awarded monopoly rights to sell "Ivanka" brand  products and services in the world's second-largest economy.

(3) Why did Russia close its borders with China back in early January ? Did it have knowledge of the existence of the coronavirus as a biological weapon ?

(4) Is the Trump Administration again jeopardizing public health by rejecting the correct US Intelligence Community assessment on COV-19 ?

(5) Why the DPRK (North Korea) close its border crossings with China early on ?

(6) Is the official story regarding Bats as the source of the virus bogus, since bats are known to hibernate during the period october to December ? 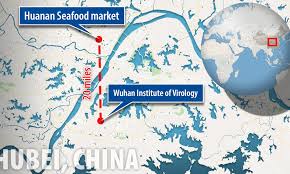