MIDNIGHT ARRIVALS OF PLANELOADS OF CHINESE CBI INVESTORS INTO GRENADA ARE ALLOWED, NOTWITHSTANDING HEALTH CONCERNS 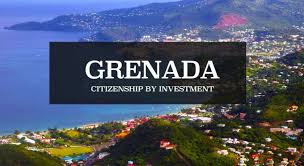 Grenada continues to allow airliners from China to arrive late at night, disembarking planeloads of investors lured by the country's Citizenship by Investment (CBI) program. While under normal circumstances, such an ambitious marketing activity would be welcome, threats of infection from the Corunavirus make any such program not only unwise, but verging on madness. What is the government thinking ? When global media start covering this story, travelers from Grenada will probably find themselves unwelcome in the North America, even after the health issues become manageable. Grenadians themselves have expressed distress about these midnight arrivals.

Add its Russian organized crime problem to Grenada's controversial CBI program, and you have a potential recipe for disaster. Expanding Russian investment into Grenada has been linked to cyber-currency transfers of capital by criminal elements, and whether the investors' Source of Funds can pass any due diligence tests has been questioned. Apparently, the government chooses to turn a blind eye to a lucrative dodgy Russian client base, allowing the activities of these "investors" free rein.

The dependency that the East Caribbean states have on their CBI cash flow has, frankly, blinded them to the longterm consequences of their actions. When government decisions, based in part on the influence of bribes and kickbacks from abroad, focus on continued CBI receipts, rather than developing an independent economy, the people of Grenada lose, while corrupt senior officials rake in illicit income under the table.