DOMINICA CITIZENSHIP DANGERS CAUSE U.S. TO DEPORT A DOMINICAN TO SIERRA LEONE 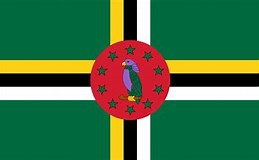 It would appear that the clear and present dangers caused by nationals from sanctioned countries acquiring passports from the Commonwealth of Dominica have resulted in a strict zero tolerance policy in the United States. The British press is reporting that an individual claiming to be a citizen of Dominica was summarily deported to Sierra Leone after he committed multiple felonies in America, and the local Dominica embassy failed to respond to US queries.

Apparently, he was then arbitrarily judged to be possibly from Sierra Leone, even though he claims to have never been there, and without any evidence of his true nationality in hand, the US authorities deported him, after which he spent 5 months in a local prison.


Perhaps the good citizens of Dominica might want to defer future trips to the United States, until their government terminates its dodgy CBI and diplomatic passport sales programs, for US authorities seem to have run out of patience with Dominica.