WHO ARE THE RUSSIAN OLIGARCHS WITH CBI PASSPORTS THAT CYPRUS WANTS TO REVOKE ? 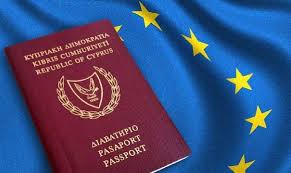 The Government of the Republic of Cyprus has announced that it will revoke and cancel the Citizenship by Investment (CBI) passports of 26 individuals, including nine Russians, as they were acquired illegally. Though there has been no official announcement naming the individuals involved, a number of sources have confirmed that they include certain Russian Oligarchs, and members of their immediate families, meaning wives and children, as well as others involved in criminal conduct.

One Russian source alleges that the names include:
(1) Oleg Deripaska, the sanctioned Russian industrialist whose name is familiar to all Americans, due to his alleged association with the bogus Biden/Ukraine disinformation campaign connected to the Impeachment proceedings against President Donald Trump; he is also connected to financial misconduct in Russia.
(2) Vladimir Stolyarenko, the Russian banker, allegedly wanted for fraud and corruption.
(3) Alexander Bondarenko, another Russian banker and businessman accused of fraud & corruption.

One authority claims that Cypriot CBI law does not specifically provide for a procedure through which CBI passports are revoked and canceled for misconduct or criminal conduct, and that Cyprus is engaged in creating laws or regulations to remedy this deficiency. American influence is being cited as the reason for the Cypriot action against the Oligarchs.

The others among the 26 are said to be nine Cambodians, who are known elite members of the ruling party, the colorful 1MDB Malaysian fugitive Jho Low, The Kenyan multi-millionaire (and alleged tax cheat) and Humphrey Kariuki Ndegwa and his wife, and Zhang Shumin, a Chinese businessman linked to the theft of gold bars worth €2.4bn.
Posted by Kenneth Rijock at Wednesday, March 18, 2020