WARNING: YOUR NEW BANK CLIENT FROM TURKEY MAY JUST BE A CBI PASSPORT HOLDER FROM THE MIDDLE EAST 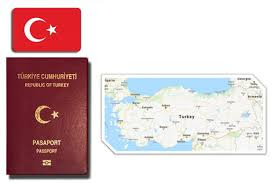 You have a new affluent bank client from Turkey; he speaks fluent English, which is fortunate, because none of the staff at your bank speaks Turkish. Do you know whether or not he is holding a Citizenship by Investment (CBI) passport, and is really from a high-risk jurisdiction elsewhere in the Middle East ?

Reports from Turkey state that there are 5111 foreign nationals who are new recipients of Turkish passports since the government eased the requirements two years ago, with 1382 applications known to be completed, and awaiting their passports, and an estimated 9000 applications in processing.

Given that a large percentage of applicants are from the Middle East, the prudent thing for compliance officers to do, if they have any client holding a Turkish passport that is less than two years old is to initiate Enhanced Due Diligence upon the customer. Where was he born ? is there more than one correct spelling of his name ? Was the name transliterated from Arabic ? He may be an OFAC-sanctioned individual, under a similar name, in his home country.

Treat Turkish passports as you would any passport presented to you from St Kitts, Antigua, Dominica or Grenada, if you wish to avoid that nasty letter from regulatory authorities two years hence.
Posted by Kenneth Rijock at Sunday, March 22, 2020