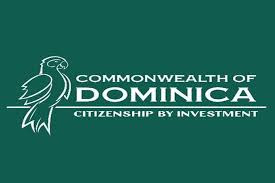 Here's a recent news item to illustrate my point:

Emmanuel Nanthan, the head of Dominica's CBI unit uses an obscenely expensive helicopter in lieu of a personal automobile, to move around Dominica. Given that Dominica has no private rotary-wing aircraft, his transport must originate from off-island at thousands of dollars per flight. In a country still suffering from a damaging hurricane, coming on the heels of a  potent tropical storm, how do public servants afford such luxuries ?

Records released to the public have show that Mr. Nathan received USD $220,000 from convicted Iranian sanctions evader Alireza Monfared, who held a Dominica diplomatic passport, and was closely associated with all the senior officials in Dominica's government.
Posted by Kenneth Rijock at Sunday, March 01, 2020