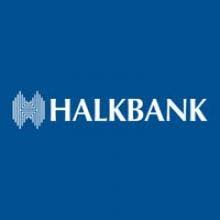 Despite the best efforts of a major American law firm, the money laundering and sanctions evasion criminal case against Turkiye Halk Bankesi, more commonly known as Halkbank, the Turkish state-owned bank, has been set for arraignment on March 31, 2020, before US District Judge Richard Berman, who presided over the connected cases against Reza Zarrab and Mehmet Atilla. Some legal observers have accused the bank of acting in bad faith in its actions to date, while others blame it on a zealous defense by the attorneys defending the bank.

Counsel for the bank first attempted to file a Special Appearance on behalf of the bank, asserting a lack of jurisdiction, but the fact that the bank participated in a US Department of Agriculture program ended that effort; it was denied the ability to file a Special or Limited Appearance.

Next, the bank sought to stay the proceedings through a Petition Writ of Mandamus, which the Second Circuit Court of Appeal denied. The decision can be found below. It appears that the wheels of justice are turning in the case, notwithstanding the bank's dilatory efforts, moving it forward, notwithstanding the zeal of its attorneys. 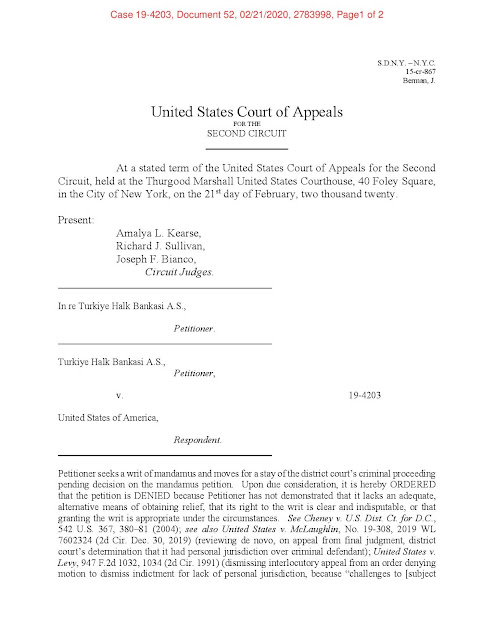 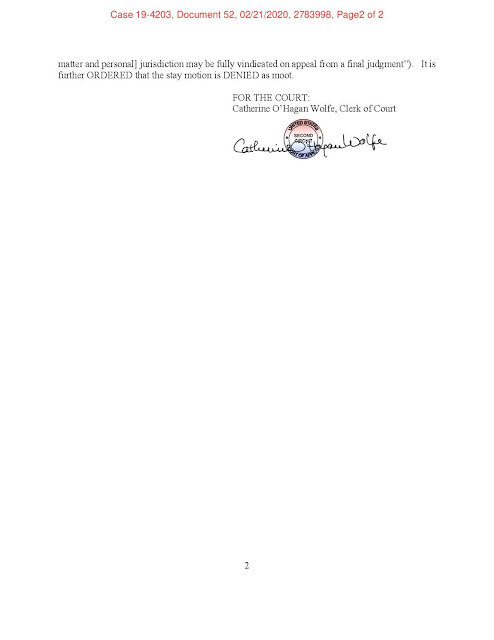