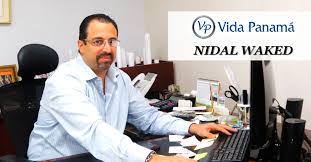 Two long years after a Miami Federal Judge denied the Government's motion to enter a ten million dollar Forfeiture order against convicted money launderer, Nidal Waked Hatum, the case finally was heard in oral argument last month, before the 11th Circuit Court of Appeals. As expected, counsel for waked artfully delayed the prompt resolution of the proceedings; Waked has served what was a short sentence, and is long gone back to Panama, where his family owns many prominent businesses, and is influential in the business community. Waked even had the arrogance to post a family picture to the Internet immediately after his return home.

That the District Judge departed from established forfeiture law has been the position of the US Attorney's Office in Miami; it has consistently argued that the use of money judgments in criminal cases is well settled, that it is presumed to be Constitutional, and not in violation of the excessive Fines Clause. Waked alleges that no bank lost any money, and that the fine is excessive.

Considering that the Waked Money Laundering Organization has a long history as one of Panama's largest criminal operations, cleaning Colombian & Mexican narco-profits, the case has become one of great public interest. When the decision is handed down, we shall further report on this matter.
Posted by Kenneth Rijock at Wednesday, March 04, 2020