The District Judge who presided over the case of Trump "Fixer" and attorney, Michael Cohen has denied the defendant's Rule 34(b) motion to reduce or modify his three-year sentence for a number of financial crimes to one year, or alternatively, to release him to Home Confinement.  Cohen's attorney alluded to the dangers posed to his client by the Corinavirus, while making arguments that did not persuade the Court.

The Court's reasoning:
(1) Only the Government is authorized to file a Rule 35(b) Motion to Reduce Sentence, which is evident to anyone who has practiced criminal law in Federal Court.
(2) The Government's own failure to file Rule 35(b) Motion speaks volumes.
(3) The defendant made false statements in pre-sentencing filings.
(4) Allegations of Governmental Bad Faith are not grounds under Rule 35.
(5) The defendant is "manifestly ineligible" for Compassionate Release, and he has not exhausted his administrative remedies. 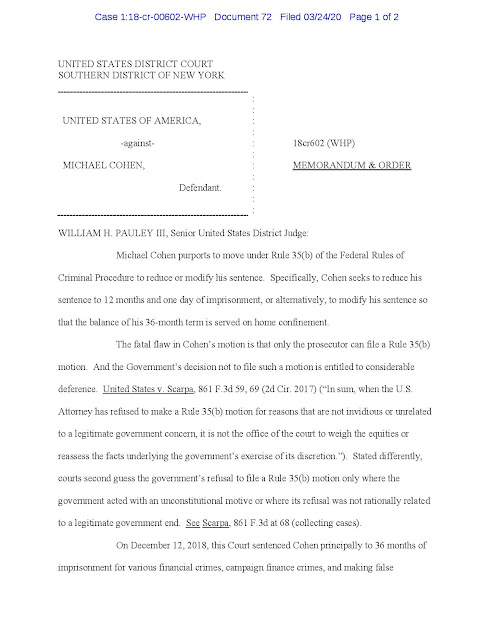 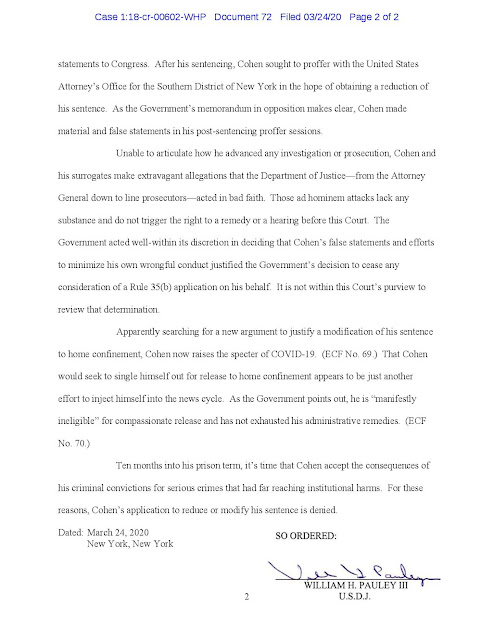