WHY IS ALLEN STANFORD'S CRIMINAL APPEAL IN LEGAL LIMBO ? 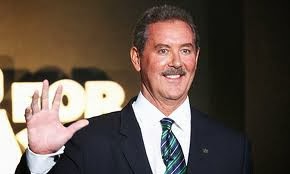 R. Allen Stanford, perpetrator of the massive Stanford International Bank Ponzi scheme fraud, and currently serving a 110-year sentence, in Federal custody, can't catch a break. He discharged his attorneys, and convinced the 5th Circuit Court of Appeals to allow him to proceed Pro Se, as his own  counsel. The problem is, intentionally or inadvertently, his appeal appears to be stalled in a legal Twilight Zone, going nowhere fast.

Last July, when the appeals court granted his counsel's motion to withdraw, and allowed him to be his own attorney, the Court halted the briefing schedule, which provided deadline dates for briefs to be filed, by both sides. It also notified the court staff responsible for the case that the briefing schedule was therefore cancelled, due to the change in counsel status.

I can only assume that the Court presumed that the Clerk's Office would reschedule the dates that briefs were due, but this, unfortunately, has never happened, which I noted in a recent scan of the court docket in the case. Six months have gone by with absolutely no activity. What is it that you say, what's the rush ? I would hate to see this Ponzi schemer get an undeserved break, of any kind, on purely procedural grounds, because court clerical staff failed to move the case along in a timely fashion.

Start the music, please, give Mr. Stanford his appeal, which is as a matter of right, for even the most despicable criminal deserves Due Process.